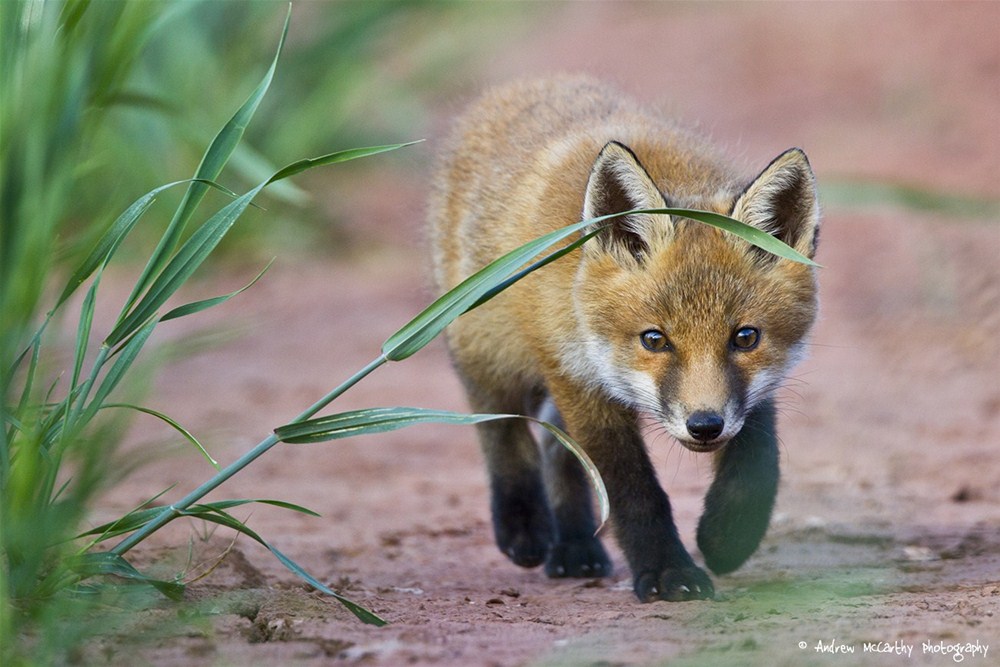 Driving home a few nights ago I was greatly surprised to see a vixen and her five cubs playing in the sunshine in a field fairly close to home.  Seeing foxes in such a public place is really unusual, and since I have been looking for an accessible, active earth for a number of years now, it seemed like a golden/too good-to-miss opportunity which needed checking out.

A few enquiries later (which comprised a visit to a local farmer and to a nearby householder) and the following evening I was tucked quietly under my bag hide in the corner of a field waiting for the cubs to emerge.  I have shot pictures of foxes in the past and they are nothing if not unpredictable.  The vixen often has more than one earth and she will move the cubs frequently – especially when they are young – in an attempt to avoid them being predated. Predictably then, despite having prepared well (I checked out the earth location first, my shooting position was with the sun behind me and the wind was in my face) the cubs appeared behind me in a less than ideal positon from a photography point of view.

I still managed to squeeze off a few shots, including this one of what my wife later christened ‘the naughty cub’ for reasons that should become clear in later blog entries!  This cub spent five minutes or so stalking my hide, before sitting some distance away, preening and keeping an eye on this camoflaged ‘lump’! 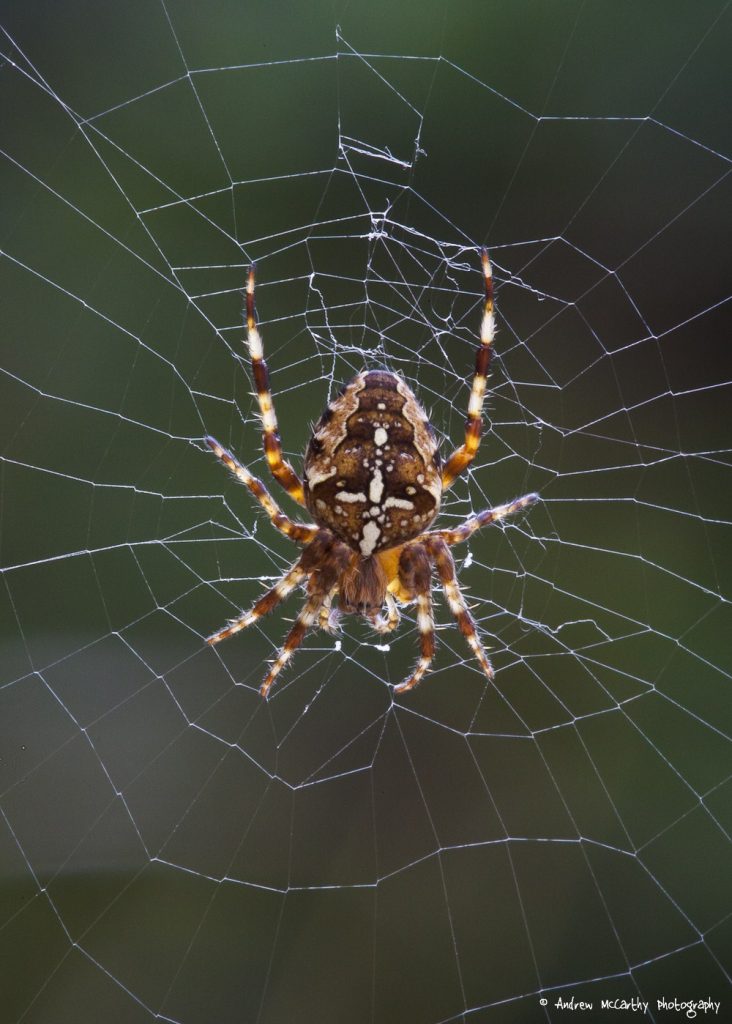 I spent this morning photographing garden cross spiders Araneus diadematus. My main subject was a plump female spider with a web which stretched right across the garden path.  Rather cooperatively, she kept to the middle of her immaculate web but not unusually with this kind of photography, I was hampered by the slight breeze, which kept blowing the web about at critical moments.

This kind of photography is not easy and is really, really weather dependent.  Good timing and luck play a big role, as well as good technique!  Of all the images taken this morning, this was the only one I was really happy with.